The upscale hotel will open in downtown Asheville in Summer 2016. The AC Hotel (a new Marriott brand in the United States) began construction in December 2014 at 10 Broadway, at the corner of College Street near Pack Square. It replaces an old parking deck built in the 1960s. The hotel will contain 132 rooms and a 4-story parking garage. EAI was hired by W.G. Yates Construction to install the Liquid Boot Vapor Barrier. 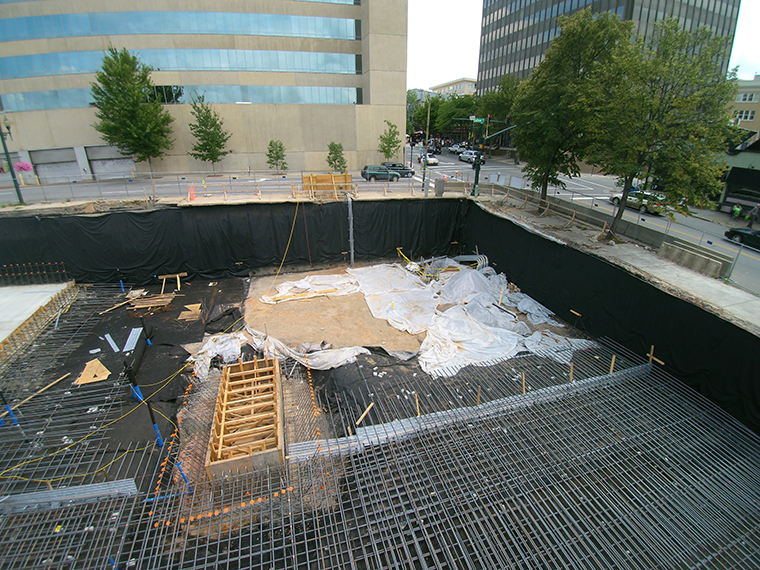